As the newly opened Wayville railway Station (actually named the Showgrounds Railway Station) is heralded a huge success by the State Government it has raised a number of eyebrows as an expensive and unnecessary addition to the State’s infrastructure.

The debate which arose before it was constructed has flared again, only a week after it was opened. And the headlines read ” The Phantom Passengers of Wayville Station”. This is clearly a dig at the fact that very few passengers are suing this brand new state of the art station. 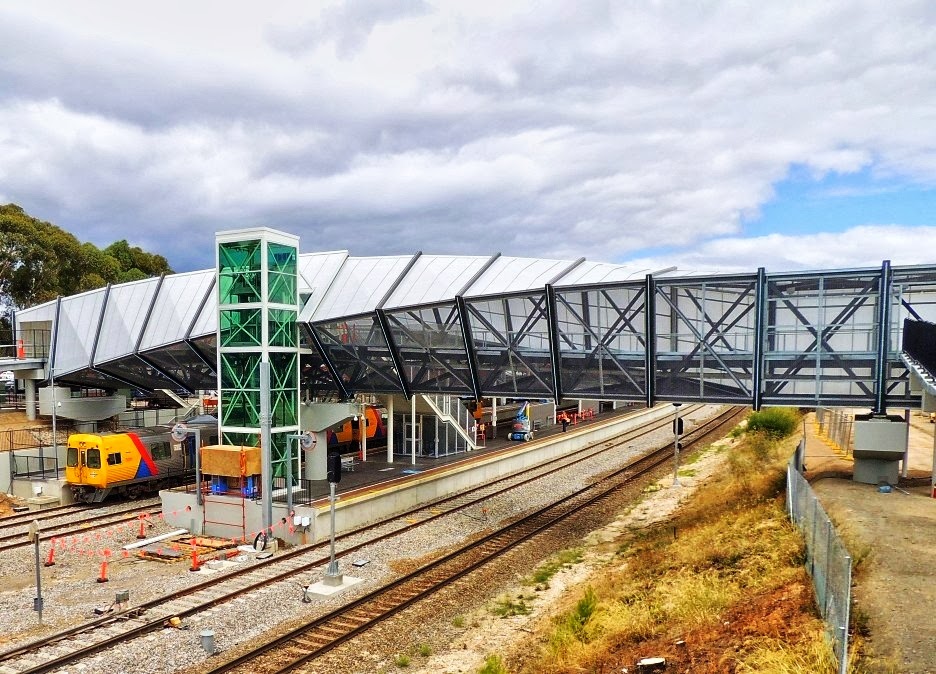 I refer to an article by Sheradyn Holderhead in today’s Sunday Mail.

As I ventured by train into the Adelaide Oval to take in some Sheffield Shield cricket (unfortunately the game ended in a draw be we (SA) are still sitting atop the ladder) I could not help but notice not one passenger at this station.

Is this a big waste of taxpayers money by the current State Government is the question being asked. If I may I suggest the question should actually be should infrastructure precede housing or commercial development or follow it.

With a Development Plan encouraging sometime in the future (not sure when) a significant and dense residential population between the Showground and Greenhill Road, perhaps it is timely.

I guess only time will tell if the expenditure on this project was justified or not.

On the other hand the rumour is the Government and the Showgrounds are in discussions with each other over an opportunity to create a Park & Ride on the north side of the Showgrounds. This of course will undoubtedly provide a degree of patronage to help justify the construction of the Station.

Indeed the Premier recently announced Wayville as part of a wider Park & Ride program costing $ 7.5 million, which he says will be funded from the proposed car park tax.

All the experts agree that the various north-south roads situated in the City of Unley are already overtaxed with peak hour traffic. And now the Government says it will encourage increased traffic into this area in order to service the otherwise Phantom Station.

So while I am in favour of infrastructure before housing or commercial development I am dead against a park & ride in an inner suburban location.

Please Mr Premier, do not screw up the western suburbs of the City of Unley. We need you or the opposition if they form the next Government to actually do the opposite and ease the commuter pressure on this inner suburban area.