As members of the public are getting up in arms complaining and protesting about plans they believe Council has for Unley Oval the motion I foreshadowed last week was debated and approved at last night’s council meeting.

There has apparently been a flurry of protests in the last week or so telling us what we have planned to do with the Oval and why we shouldn’t do it. Some of these I was aware of, many I was not. It was in this climate that my motion was debated last night. 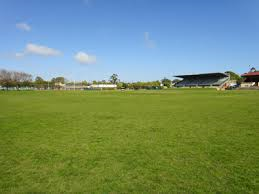 And not soon enough it would appear. As I indicated last night to my fellow councillors the talk fest has gone on too long. There comes a time when master planning must take a back seat to concentrating or focusing on projects relevant to now, to today.

I believe it has been a lack of focus and talking too broadly that has allowed a public anxiety to develop. To the public I apologise. My motion is designed to recognise and deal with that.

It was a lively debate where those against my motion actually spoke in favour of the motion. The argument against the motion was one the one hand it is too broad to this will mean we are tinkering with the edges.

Interesting seeing the aim of putting the motion forward was so that we can get away from being too broad (which you have to be when master planning).to begin focused on where we can go today.

My motion, which as I have said was carried, was:

1. The Administration proceed without delay in:

a) investigating opportunities to create additional public open space on
the Unley Oval precinct.
b) investigating and preparing concept designs to improve the current
substandard facilities on Unley Oval, to bring them up to SANFL
compliant standards.

2. The Administration report back to Council in January 2014, seeking further
direction.

I look forward now to one or two projects that we can all get excited about being developed to the point where they are ready for any funding that becomes available.

Yes! Whatever project may evolve out of this project cannot proceed without appropriate funding so we may get to project ready but not proceed because funding is not available.