Influence of the Black Forest Community on T2D is significant.

The influence of the Black Forest Community, and Clarence Park, and our Glandore neighbours on the design of the T2D project is significant. 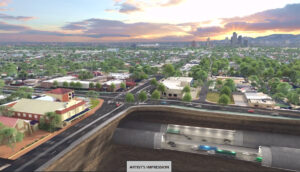 This is the most sensitive section of the Department of Infrastructure & Transport (DIT) T2D (Torrens to Darlington) project. It will therefore be a major focus of discussions between the Department and the communities bordering the South Road corridor.

Most people would be aware that geological testing along the project is well underway. This is a vital leading strategy to enable the detailed design of the project to occur. It has signaled the commencement of design of this section of the North-South corridor.

Another vital component is for the Department’s design team to utilize local knowledge. As I indicated in my previous blog post on this topic DIT will be seeking the input of the local community. Seeking the influence of the Black Forest Community

Identifying issues that need to be addressed is best placed with the local community. Likewise, enabling the best solutions to be incorporated into the final design should include input from the community.

DIT has therefore formed community and business reference groups. One each for each stage of the project, north, and south of Anzac Highway.

They held the first meeting of the stage I T2D Reference Group at the Kenilworth Football Club at St Mary’. I am a member of the group. An independent convener ran the meeting.

Ironically, most of the members of the reference group live near and have a focus on the section between Anzac Highway and Cross Road. This is where the transition from at grade to the tunnel is expected to happen. It is therefore understandable.

T2D is the last component of the North-South Corridor.  It is in the most congested section of South Road. The construction will be the most complex of the whole project with a mix of tunnels, at grade, and transition between the two. For this reason, it will be split into two stages.

To achieve this a reference design needs to be complete by the end of this year. The tendering process can then occur in 2022. The role of the Reference Group is to identify issues & suggest mitigation strategies that can be fed into the T2D project assessment report and the reference design.

We will be meeting we expect monthly.

One of the major concerns expressed by the group was  East-west connectivity, irrespective of whether they lived east or west of South Road. Protecting the Black Forest Primary School, and access to and from the school, was likewise high on the list of concerns.

Local access to and from the local streets during and once the project was complete was also a concern. So too is how the Department intends to address access into and out of the tunnel.

In the first instance, for South Road commuters wanting to use Anzac Highway to visit the CBD. The other, to allow heavy transport (B-Doubles) wanting to access the tunnels from Cross Road.