Our very own local state member for Badcoe Jayne Stinson has been promoted in the Shadow Cabinet. Allocated two of the most important portfolios as far as I (and Council) is concerned. This sets up the Jayne Stinson v Vickie Chapman clash. 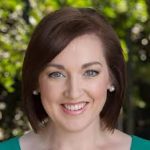 The portfolios are the shadow portfolios of Planning and of Local Government. Portfolios that are at the forefront of the two most significant reforms for some time in South Australia.

Both Portfolios have a huge impact on the role of Councils. For the City of Unley, to have one of it’s two local members given both of these portfolios must surely be of benefit to us. That said, our other local member David Pisoni was shadow for Planning, Transport & Infrastructure in the last Parliament.

Is this the clash of the heavyweights?

Is this a sign for the future, with little ol’ Badcoe playing such a key role in a future Labor Government.

She has embraced the Planning regime already

Jayne has already been a prominent contributor to the planning & design code debate. She is therefore well informed on planning matters.

With Jayne and (as I indicated last week) Deputy Premier Vickie Chapman her counterpart in the Government both batting for us, I am even more optimistic of a favourable planning outcome for Clarence Park & Black Forest.

I don’t know how across this portfolio she is. Given local government reforms are a major area of reform we (local government and Unley in particular) will be putting our case to her as soon as is practicable.