Kelvin Avenue & A challenge re transparency The Kelvin Avenue pocket park was approved last night at Council’s City & Strategy Committee meeting. It now goes to full council next week for sanction, unless an elected member reserves it out for further debate.

Last night was also another chapter in my education as a councillor. Having had conversations with so many of the residents over this issue I voted as I promised everyone I would, in keeping with the majority view I encountered.  This was in favour of the park.
I not only voted in favour of the park I moved the motion, albeit modified from the one recommended by council’s administration. It made sense to me to find a solution to address the legitimate concerns of those not in favour of the pocket park. 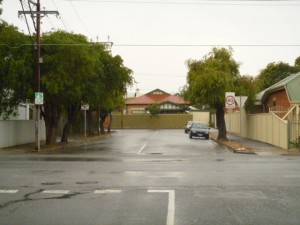 That was to add to the motion a call to assess and address the ability of Mills street and George Street to feed into East Avenue until such time as we hopefully find East Avenue is no longer a through road for the southern rat runners. It appears that this confused the elected members more than provide a solution focus to the problems identified by residents as concerns with the Pocket Park.
As reported in earlier blogs on Kelvin Avenue (6 June – in particular items 3 & 4), Mills Street (8 August) East Avenue Rail Crossing ( 27 June) & Line Marking (18 June), issues do exist with accessibility, particularly in Mills Street and I intend to pursue this anyway as a separate stand-alone issue by putting a motion on notice in keeping with the amendments I tried to establish last night.
Suggestions were made last night challenging the transparency of our processes shocked and confused not only Councillors Koumi and Saies, as new members of council, but it did me as well. This prompts me to want to investigate more fully our consultation processes because when faced with the next decision I must make (and beyond) I need to be sure I have the facts necessary to make an informed decision. This I will do.
It raises in my mind how we determine who gets surveyed and who does not. In this case the geographical area of the original survey for consideration of the “pocket” park may well have been a reasonable area in context of the park and what it will provide the community but the geographical area for a road closure must be different as those affected grows.