To Cap Council Rates or not-that is the question.

As I sit down tonight and over the weekend to deliberate on the agenda of a special council meeting set for next Wednesday night that is the question I ponder. Whether there is a justification for an outside body to cap Council rates or not.

This meeting has been called outside our normal schedule of council meetings because it is that time of year again. The time when we start to consider our draft annual business plan and budget. 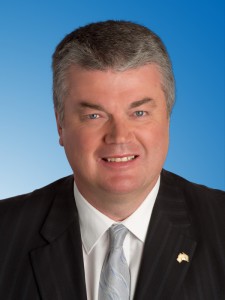 The time when media attention is focused on rate increases and curiously not annual business plans. It has come early this year with the private members bill by the Hon. Steven Griffiths on rate capping tabled in State Parliament.

We heard from politicians, from experts and the public itself.  There may be a reasonable argument for rate capping and it is appropriate that we have a discussion about it. Is the debate I ask focusing on the real issue though?

I suggest it is not so much rate increases and whether they are too great or not but the manner in which they (but more importantly) the annual business plan they represent are endorsed. The LGA have argued against a body such as ESCOSA overseeing rate increases and that the current realm of public consultation is better.

I am not convinced using ESCOSA is an economically viable approach to ensuring rates are kept in balance. Why? This adds yet another layer of bureaucracy that has to be paid for, probably via the rates. It will likely increase the cost to council too because now they will have to prepare an annual presentation to ESCOSA as well as the public. That is of course unless the bill seeks to exclude the public from the process.

Unlike assessing rate increases for power or water ESCOSA would have to assess each council’s program noting there are vast differences between councils, how they are run and the programs they provide for their own communities. To treat all councils otherwise with a generic rate increase would not recognise these differences. It may be well more than some councils need but place others in financial hardship, particularly over the long term.

Equally I question the LGA claim however that our communities are consulted. This can on the surface be challenged. In the 5 years I have been present to watch our own community consultation I have seen no more than 5 people attend the public forum we provide to allow the public to contribute. On one occasion there was only one. This is hardly public consultation and difficult I would suggest to defend.

Having said that a large portion of our annual budget will have been set by decisions made by council in the months and meetings and indeed years gone by. Many of the projects being included in the current budget will have had large public consultation prior to being endorsed for implementation and prior to them being considered in a budgetary process. So arguably there has been prior consultation albeit on a project per project basis and not with consideration of how do we pay for it or which do we give priority to.

When an annual plan is put to the public whether to one or hundreds or thousands my experience is that there is no choice, no opportunity to prioritise. This should be given some thought by the local government industry. Provide choice with evidence of how much each initiative or project affects the rates and we would then have a considered input from the public from which councillors can then make decisions rather than them have sole prerogative on the priorities.